A few years ago I got a message on Messenger (oh, those were the days…) from a friend saying there's a ridiculously cheap deal to get to Sri Lanka! To tell you the truth, Sri Lanka wasn't on my bucket list at all, but hey, you can't compete with that price. Although it meant we had to take a bus to the Jordanian border it was still worth it. So… a few weeks later we found ourselves crossing the border very very slow, just to take some sort of transportation to the airport. The good thing was we flew with Qatar Airways which is a very good carrier. After a layover in Qatar we reached Colombo, the (very humid) capital of Sri Lanka. At that point in time I didn't visit India yet (it happened a few years later), so it was the first time I saw the influence the British left in this area of the world. People wearing suits in the horrible humidity going around… Oh, and of course driving on the "wrong" side of the road 🙂 .

We knew we wanted to get to the southern part of the island so we reached the train station and picked up a train. At some parts of the journey the railways were literally on the beach! There was no AC, and the train was sooooooooo slow that I could actually jump off it… A 2-3 hour train ride and we reached Weligama on the southern coast. We picked some guesthouse on the beach, and now we were ready to start our vacation.

We thought about renting some motorcycles and driving around so the next day we started searching how to rent. It's not an easy task… there are no rental agencies around that you can stop by and say "hey we need 3 motorcycles for a few days". We started asking around and eventually got to some local guy who managed to arrange us 3 motorcycles.

And then we were on the road! We got stuck sometimes, but we managed. For me driving was kind of a new experience since I didn't have too many driving hours back home. Driving this vehicle is very different than driving a car. You have to be in full concentration all the time, otherwise you can get run-over by a bus, it's just a matter of seconds. Also every little rock or hole on the road makes a difference which means you have to be very careful. But the advantages are great! You get to cover distances almost like in a car but you feel the roads, people, places like driving a bicycle. 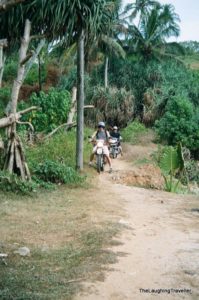 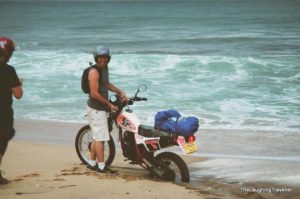 We left the beach and took the road up north. One of the most beautiful things was driving through the tea plantations!! Its just mountains of green bushes everywhere you look. We stopped on the way to chat with some of the people working there and the good thing was you could see they were not used to tourists stopping by. We spoke with the manager about the women who work there and so on. 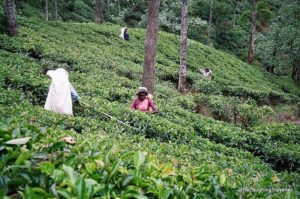 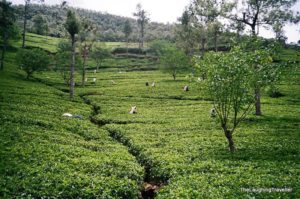 When we left, suddenly rain started to pour. In a matter of minutes we were soaking wet. There was no point in stopping since there was nowhere to take cover… Luckily enough our backpacks had rain covers. What about us ? We had some lousy rain coats which just tore apart as we drove 🙁 . But after a while we saw a strange "house" next to the road, it looked like a place we can get some rest in. Apparently it was a tea house so they served us local tea. It was the blackest tea I ever had, and not so good if I may add. We stayed there for a bit until we dried. Not too long after that we unintentionally found a high waterfall, which was nice. 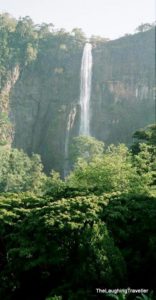 We made a lunch stop at Nuwara Eliya at a place where everything is about strawberries ! Strawberry drink, strawberry pancake, strawberry cake, etc. Really, this is all I remember about the place 🙂 . This was a very good thing for me since the other food I've eaten during these days was just tasteless plain rice 🙁 . That's because like Indian food, they serve rice with many side dishes/toppings which are mostly spicy and I don't eat spicy food at all…

Anyway, from there we drove to a place called Kandy where we spent the night. We got there quite late so there was no room in any official hotel/guesthouse. Somehow we found ourselves sleeping in some barn or something. Very dodgy. That was a short night… 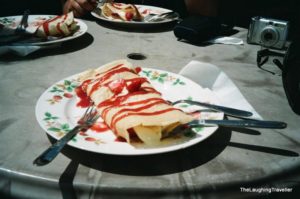 The next morning we wanted to keep head north to the old city of Sigiriya. When you reach the place you see very big gardens and in front of you a big "rock". As you get closer, you see that on the rock there are stairs which you "need" to climb… The base of the rock has these 2 giant, very nice, lion paws besides the stairs.

We started climbing this narrow staircase, it wasn't easy but when we got to the top… The view was quite nice. The area is quite flat so you can see for miles away, and you could see all the gardens from above. 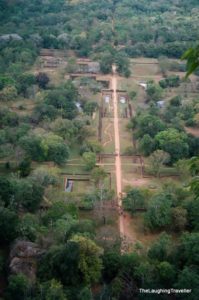 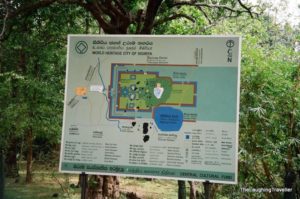 That was the most northern part of our trip and now we had to start going back… The problem was that after 4-5 riding days we didn't feel like riding anymore. What do you do? Things you can only do in 3rd world countries! Look for a truck to put all the motorcycles in and go somewhere north 🙂 . It took us a while but after some time we found a small truck that was willing to take us to some point in the south which seemed good for us.

It was already late evening when we put the bikes in the back of the truck, tied them well so they wouldn't move around too much and now we were on the way. Fast forward to a few hours later (4AM): my friends wake me "we arrived!" so now we have to "unpack" the bikes. We took them off and (un)luckily my bike suffered a minor damage. I was so tired that I just laid on the ground in the middle of the street.

I guess we rested for an hour or so but when we woke up we wanted to know where we are. The city we wanted to arrive at was supposed to be on a beach so we asked for the directions to the beach but no one provided that… Now, "reality flash": it turns out that there are 2 cities with the same name!!! So when we asked the driver from the night before to take us to that place, he thought of the one closer to him. How on earth could we assume that?!?!!? 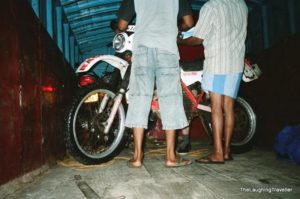 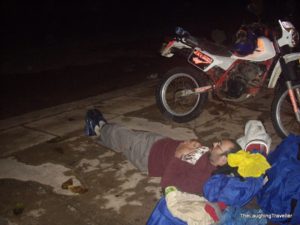 Now that we knew where we are, we could know which way to go. You know how bad things come in big numbers? After like 30 minutes, I had a flat tire and I was the last so there was no way I can communicate to my friends (we didn't have cell phones). I stopped to fix the tire and soon after my friends came looking for me 🙂 .

Eventually we reached Weligama, returned the bikes, stayed another night on the beach and that was the end of my journey to Sri Lanka! 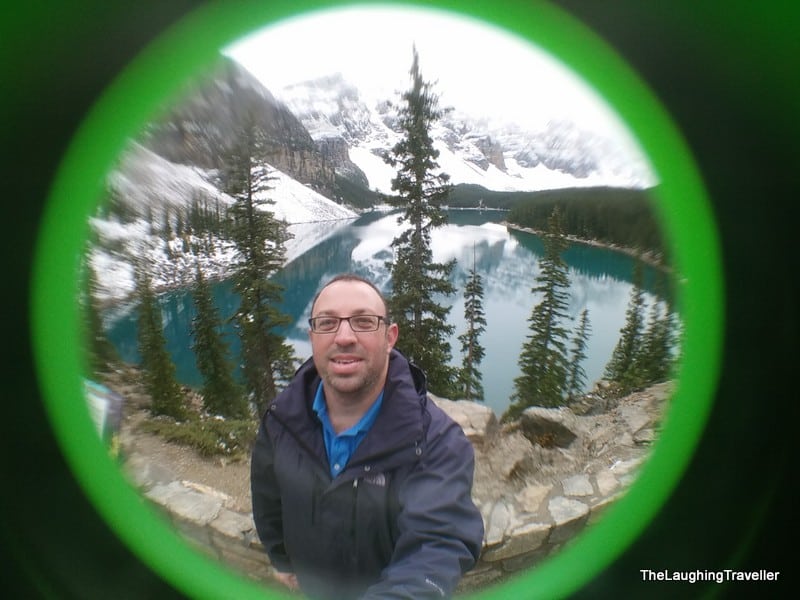